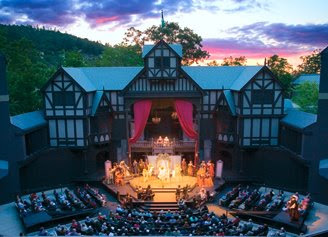 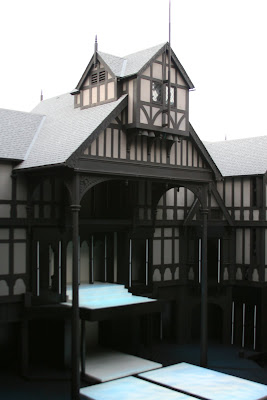 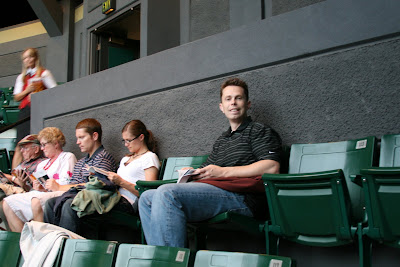 We saw Shakespeare's Othello, on the Elizabethan outdoor stage in Ashland on Friday night. The stage is a year round open air theater. It is a replica of the same Shakespeare theater in England. The play Othello was truly amazing. I was at the edge of my seat the whole play just waiting to see what happened next.

The Moor Othello, a celebrated general but also an outsider, shares a boundless love with Desdemona, a Venetian aristocrat. Defying her family and social convention, they marry. Enter Othello’s military aide, who nurses a vengeful hate for his commander. The deceitful Iago plants seeds of envy that lead to catastrophe for Othello and Desdemona, and their perfect union comes tragically unraveled.